Modern Made Leisure by Charles Lutz

Modern Made Leisure is an installation at Fallingwater by American artist and Fallingwater Institute Artist-in-Residence, Charles Lutz. Nine sculptural vessels placed among Fallingwater’s collection of fine and decorative art prompt reflection, literally and figuratively, of the legacy of the Kaufmann family as curators and collectors of the objects contained within their extraordinary vacation home.

While in in-residence, Lutz explored the Kaufmann’s legacy as merchants and tastemakers. “I was thinking about how the Kaufmanns lived with objects, particularly objects from their department store. I wanted to examine their connection to commerce and to cull objects from design history that the Kaufmanns were pivotal in embracing.” This line of inquiry led him to discover that Kaufmann’s Department Store in Pittsburgh was the exclusive retailer of Ruba Rombic glassware in this region, a famous, Deco-era glassware that was fabricated locally in Coraopolis, PA. 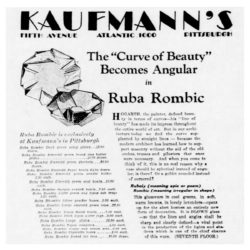 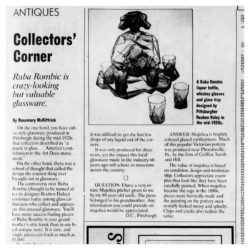 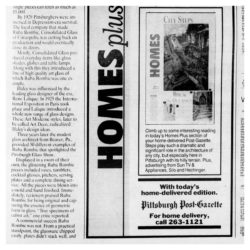 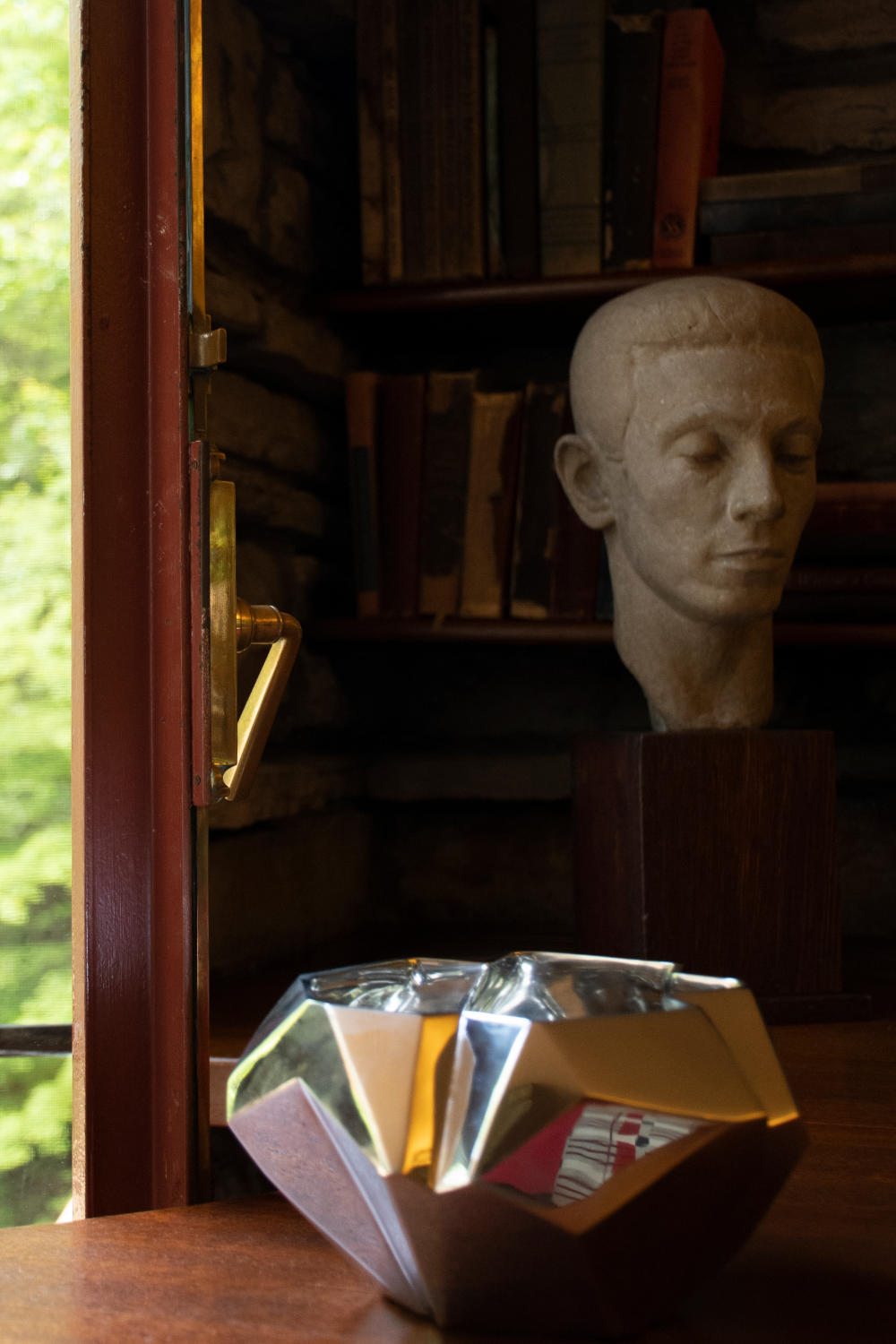 Modern Made Leisure is inspired by Fallingwater, the Kaufmanns, and Ruba Rombic. As he describes, “The sculptures were molded from original examples of the glass and are cast in stainless steel, then polished to a highly reflective finish.” Lutz also presents works in bronze and ceramic. 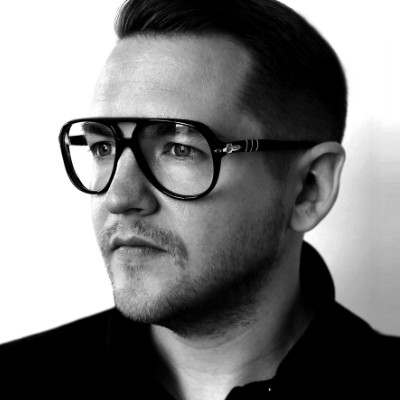 Since his first solo exhibition in 2007, Lutz’s work has been shown in major galleries and institutions throughout the US and abroad including the Andy Warhol Museum Pittsburgh, Carnegie Museum Pittsburgh, Artipelag Museum Stockholm, New Museum New York, Dickinson Gallery New York among others. His work dealing with consumerism and originality has been the subject of major exhibitions and critical acclaim. Lutz’s work has even been cited in the recent Supreme Court case Warhol Foundation v. Goldsmith.

Lutz is widely known for his work relating to the Art World, specifically his engagement with concepts of originality through his series of Denied Warhol works, which were submitted to the Warhol Authentication Board to be formally DENIED, in an act of creative destruction. Lutz’s work engages with a long narrative of the ready-made in Contemporary and Modern Art, looking to further the concept through exploring our cultural relationship with originality, consumerism, and consumption.

Available at the Fallingwater Museum Store 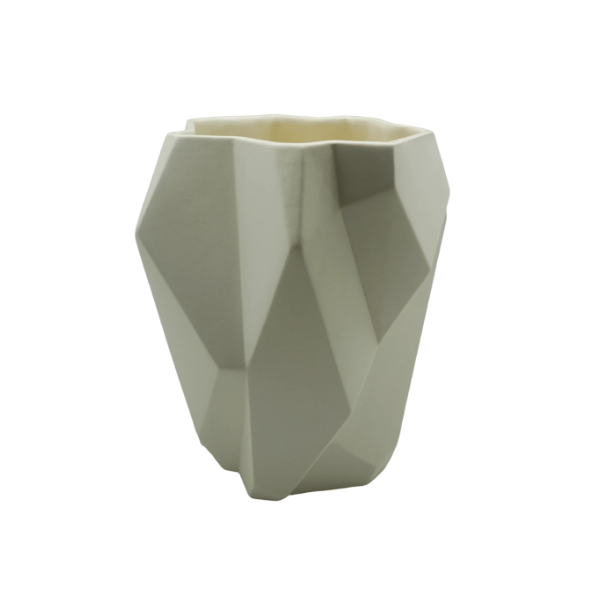 This limited-edition bisque and glazed porcelain vase features complex geometry of angles and trapezoidal planes. Each piece has a matte unglazed exterior, glossy interior, and is stamped and numbered on its base.

Shop Now
We use cookies on our website to give you the most relevant experience by remembering your preferences and repeat visits. By clicking “Accept”, you consent to the use of ALL the cookies.
Do not sell my personal information.
SettingsACCEPT
Privacy Policy