Fallingwater is located in the mountains of Southwestern Pennsylvania, also known as the Laurel Highlands, in Mill Run, Fayette County, which is about 70 miles southeast of Pittsburgh. Wright designed Fallingwater to rise above the waterfall over which it is built. Local craftsmen quarried native sandstone and other materials from the property and completed the construction of the main house, guest house and service wing in 1939.

Fallingwater is owned and operated by the Conservancy and open to the public to tour as a museum. Fallingwater is surrounded by 5,100 acres of natural land, streams and trails known as the Bear Run Nature Reserve. On July 10, 2019, UNESCO inscribed Fallingwater and seven other Frank Lloyd Wright-designed buildings to the World Heritage List. In addition, Fallingwater is designated as a National Historic Landmark and Commonwealth of Pennsylvania Treasure, and named the “best all-time work of American architecture” in a poll of members of the American Institute of Architects. Since the first public tours began in 1964, Fallingwater has welcomed more than six million visitors from across the globe. Travel+Leisure Magazine stated that Fallingwater is "one of the 12 landmarks that will change the way you see the world."

Fallingwater is the only major Wright work to come into the public domain with its setting, artwork and original Wright-designed furnishings intact. 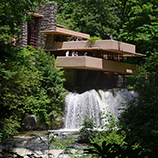 Fallingwater preserves Frank Lloyd Wright's masterpiece, conserves the site for which it was designed, and interprets them and their history for present and future generations.
More 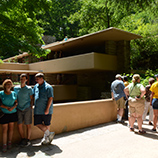 Visitors from around the world have experienced Fallingwater since 1964. Advanced ticket purchase is essential to guarantee admission.
More 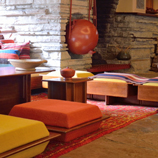 When you support Fallingwater, you help preserve history while supporting the ongoing education and preservation of one of the best all-time works of American architecture.
More 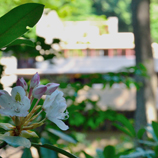 Before, during and after your visit, you can contact us to ask questions, buy tickets or give us feedback about your visit.
More 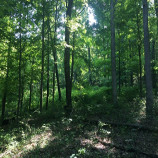 Edgar Kaufmann, jr. entrusted Fallingwater to the Western Pennsylvania Conservancy to protect and preserve the house and its contents and natural surroundings for present and future generations.
More 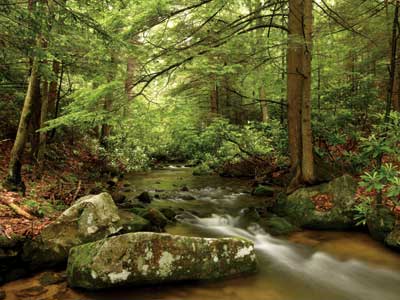 Requests for in-kind contributions can be made here. See if your organization is eligible.
More 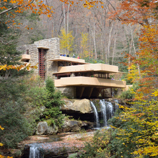 Visit IconicHouses.org to learn more about Fallingwater and other notable modern house museums from around the world. The website is operated by the Iconic Houses Network, of which Fallingwater is a founding member.
More